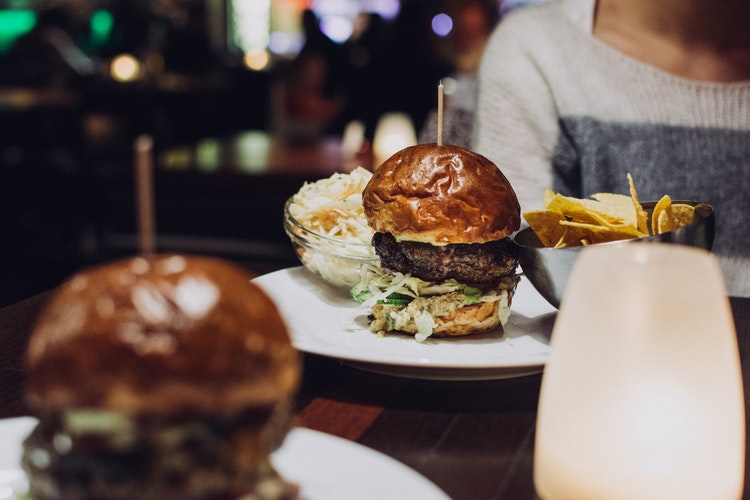 Recently I’ve added an absurd function in a project which doesn’t use fp-ts yet. It looked like this:

I like to live by the stance that any person who reads my code should be able to learn something useful. Writing a comment like this is a matter of 10-15 minutes, but it helps a lot for educating junior developers — e.g., here they will learn a) about exhaustiveness checks by example, and b) about never type and its application in production code. Moreover, such mini-article with nice code highlight will be available at a hover away: 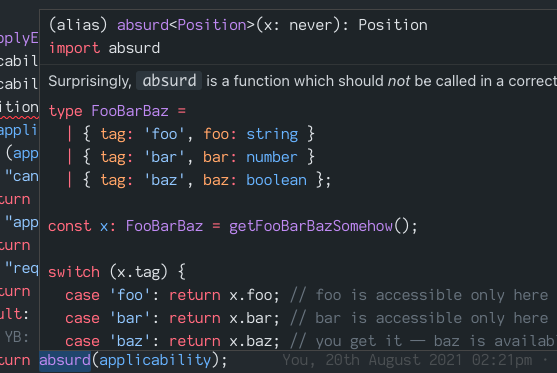 « Intro to fp-ts, part 4: Tasks as an alternative to Promises Higher-Kinded Data in TypeScript »