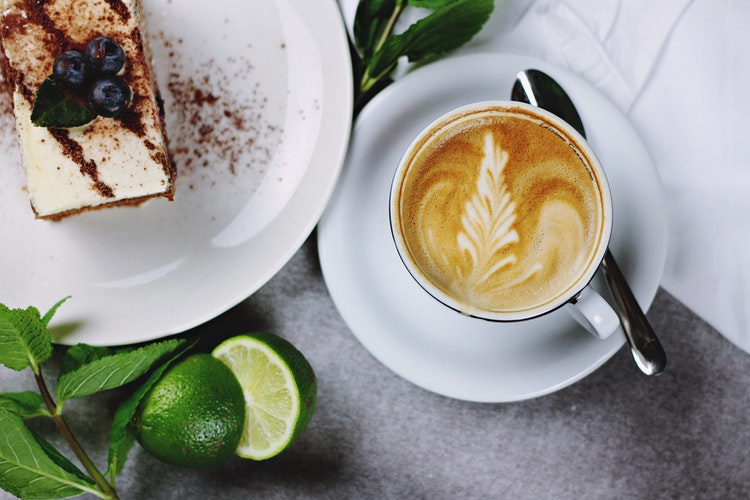 I call it my billion-dollar mistake. It was the invention of the null reference in 1965. {…} This has led to innumerable errors, vulnerabilities, and system crashes, which have probably caused a billion dollars of pain and damage in the last forty years.

My daily job involves working with the language which has not one, but two places of possible null refs – null and undefined. I’m talking about JavaScript. Although I do love this pet project of Brendan Eich for its sloping learning curve, expressiveness and rich tooling, I cannot allow myself or my colleagues to use it in its ‘pure’ form. The price of dealing with errors like undefined is not a function, cannot call method 'foo' of null and so on is just too high. I cannot risk my customer’s money and suggest developing a product with such support costs.

As I am diving deeper and deeper into computer science, category theory and homotopy type theory, I want my code:

Toxicity warning! However, on the other hand, there exists free market and obvious lack of qualified specialists. I might be a little bit biased here, but, unfortunately, most programmers are not engineers and not even closely mathematicians. Still, I need to have a way of achieving my mission and spreading my vision via creation of qualified resources from the market’s raw material. I want programming world to be a better place.

Given those presuppositions, I have chosen strict functional programming as my preferred approach and TypeScript as my main language. It has best of the both worlds: it’s quite popular (just read success stories from companies like Facebook), and has enough perks to satisfy my demands. At least, for now.

What is type safety?

Speaking from a formal point of view, type safety is determined by two properties of the semantics of the programming language:

If translated from academic language, type safety is making use of information about our data in the compile time to prevent errors in runtime.

And the last point.

I am convinced that the developer who follows The Rules Of Type Safety should feel comfortable and use compiler as his best friend & main tool. But if the developer wants to write non-safe code, he must suffer. His “wrong” code should not compile, or his library design should not be easy to use with the rest of the system – which inevitably will lead to complaints from his colleagues, and then to heavy refactoring.

Jokes aside, I really do want to achieve the state where incorrect programs could not be expressed at all. This involves usage of several techniques and patterns.

N.B. As I am using the incredible fp-ts package from Giulio Canti, I would stick to using its terminology.

Use const to allow easy reasoning

As you probably know, nowadays JavaScript has three ways of declaring a variable: var, let and const. The former demanded from a programmer to keep in his head all hoisting rules, so in ES6 TC39 committee introduced let and const keywords, which – what a surprize! – don’t hoist. From those two only const allows us to reason about our code with confidence. Let me explain with a quick example:

Can someone with enough confidence say that user variable wasn’t reassigned between lines 48 and 153, without looking at those lines and following all method calls? Consider this instead:

Rule of thumb: always use const.

I started this article with a Tony Hoare’s quote not just for the sake of appearing literate. I really, really hate working with nulls in JS and TS. Thankfully, functional programming has given us an awesome tool just for this case – an Option monad (also known as Maybe).

So a rule of thumb #2: if you need to introduce an entity which value can be absent in any time of program’s execution, use Option to encode this idea.

Avoid throwing exceptions and side effects

You know what’s worse than returning a null? Throwing an exception. There’s no way in ‘traditional’ JS/TS to mark a method with a warning that it may blow up. In plain ol’ Java we have the throws keyword, but it leads to another set of issues and (in my opinion) should be banned in any production code as well.

So what do we do instead? Use an another tool from our bag of monads – Either monad and its successors, of course! It encodes a computation which may yield a business result or fail with a recoverable error. I cannot stress enough how this is important. If you are familiar with Scala ecosystem (and even if you’re not), – go see an incredible article by John De Goes about bifunctor IO in ScalaZ. John describes motivation for this approach very well.

On the frontend side it’s painful to introduce an IO monad, as the most of the frameworks/libraries like React/Angular/Vue are written in traditionalistic OOP-esque approach, and require quite a lot of boilerplate to introduce this concept. However, using an Either in any part of the code is completely unintrusive and requires no changes to the code of the framework or library.

By the way, I would like to recommend a great module called remote-data-ts, which encodes the state of a network request. I’ve built an entire rendering system for my current customer using this approach, and developers are happy with it. Go check it out!

To be honest, I’ve created my own subtype of RemoteData called ApiData, which encodes six states instead of just four, but this is a specific case of my customer and easily could be a topic for another full article.

Compute as much as possible in compile time

This is one of my favorite topics in functional programming – typelevel coding! It means we encode our data types in such way that they represent only valid states of the program, and incorrect program just won’t compile!

I often say that I use TDD – Type-Driven Development. It is obviously a joke, but it’s only a half-joke. Typelevel programming forces you to think of values and types in the same way, and your coding starts with designing a flow of types – and when it’s done, your program literally writes itself, as you just need to ensure that types match. Using this approach, you will no longer see the difference between a function operating on values and a generic type operating on type parameters, which makes your reasoning even more clear and expressive.

Using this technique requires quite a lot from the type system of the chosen language. I still dream about times when I can write production code in dependently-typed languages like Agda or Coq. But TypeScript still has some aces up its sleeve – due to its structural type system we can express types like NonEmptyList:

Of course, this doesn’t make TypeScript a dependently-typed language, but it is something :)

So, let me share an example – it may be more clear than any description:

This is just a design pattern, but its importance is incredibly high. Using tagless final encoding, the developer creates a custom eDSL, in which incorrect program states are impossible to express. If you want to dive deep in the math & original design, please refer to the initial paper by Oleg Kiselyov et al..

I created a sample gist of implementing TF in TypeScript, so go check it out for the details!

BTW, some people suggested to call 2017 a year of Final Tagless, and this means a lot. However, every buzz thing sooner or later comes to its end. On 25th of February John De Goes will postulate his vision of the next big thing in FP in Scala. I’m quite excited to see the results.

I hope my article gets you interested in a topic of functional programming and typelevel approach. It really broadens the horizons of any programmer, as well as enables businesses to have a reliable, performant, supportable software. I hope to see this approach being spread even further when WebAssembly becomes widely available, and we as frontend engineers will have more awesome tools at our disposal. Who knows, maybe, even dependently-typed languages :)

Circuit Breaker in a Functional World »